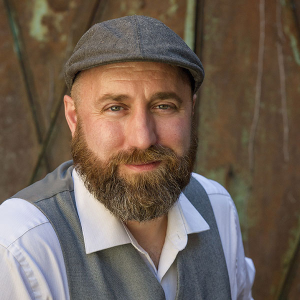 On January 11th, 2021, DuckDuckGo reached this major milestone in their quest. Read on to learn more.

DuckDuckGO is an up-and-coming search engine steadily rising in popularity because it pulls no punches, so to speak, to protect your privacy on the Internet. They’re fiercely loyal to its searchers, and they vow to never do what the major search engines have done for years unabated.

The major search engines track your movements, location, and a plethora of other information about you and everyone else using search engines other than DuckDuckGo. The next thing you know, you’re seeing ads on websites you visit related to searches or places you visited just moments before.

On January 11th, 2021, DuckDuckGo reached a major milestone in their quest for relevance among the billions of people searching the Internet daily. On that day, they reached over 100 million searches. That number appears to be on an upward trend for the foreseeable future. To put this in perspective, Google, the largest search engine in the world, currently experiences searches into the billions per day. The interesting thing about the difference is that while Google remains solidly in first place, DuckDuckGO is in second place in the United States in mobile searches.

But where are Yahoo! and Bing in these numbers? They’re at number three and four, respectively, in mobile searches. DuckDuckGo currently lands in the fourth place position on desktop search, but that’s likely because mobile searches dominate all searches worldwide.

The ever-increasing number of daily searches speaks volumes about the growing frustration people feel toward their personal searching habits and other personal information sold to the highest bidder for profit.

DuckDuckGO has never collected or sold personally identifiable information from its searches since its inception in February 2008. For more people every day, that’s comforting news. People take their private information seriously and show it by opting to use DuckDuckGO as their personal search engine.

The concerns about privacy and big tech selling personal information caused apps like Signal and Telegram to skyrocket in popularity. They’re currently number one and two, respectively, in the US App Store.

In the news are big tech companies like Facebook, Amazon, and Google, all facing antitrust investigations because of their privacy policies. Also, people realize more every day how much of their personal information they’re giving away when they agree to big tech’s respective terms of service.

Because of privacy issues at the forefront of people’s minds, alternative privacy apps like search engines, social media, and messaging apps keep gaining in popularity. No one knows at this point if the trends will continue, and people may tire of the fuss about privacy and fall back to their old favorites.