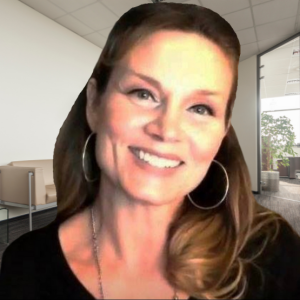 The 7 World’s Most Popular Search Engines

We can now review the seven most popular search engines, considering SEO advantages and disadvantages and some optimization strategies.

We can now review the seven most popular search engines, considering SEO advantages and disadvantages and some optimization strategies. We battle daily to see an increase in our analytics when we review “google / organic” or “google / cpc” traffic, but there may be a lot of missed opportunities.

Many other ways to improve traffic and conversion rates require less work than using Google+ for marketing. In this post, I’ll introduce you to seven of the most popular search engines (there are many besides Google), give a brief overview of each one, and provide links to some of the best material on how to use them for marketing and monetization. It’s hard to avoid Google when discussing search engines. However, it should be noted that it controls more than 86% of the market. Larry Page and Sergey Brin started Google as a research project in 1996 and offered to sell their engine to Excite for $750,000 in 1999. When I compiled my list of terrible business decisions, Google was one of my favorite companies to avoid. As of this moment, Alphabet, Google’s parent company, is worth $1.012 trillion. Besides operating its search engine results, Google also provides results for various other search engines, such as Ask.com.

Many believe that Google leads searchers away from visiting websites and toward satisfying their needs and purposes directly on the website via featured snippets, fewer organic results on the first page, increased paid search results, etc. This makes the battle more costly with less likely gains.

In 2005, veterans of PayPal founded YouTube, which was subsequently acquired by Google one year later, controlling the world’s top two search engines. According to YouTube’s official website, it delivers over 1 billion hours of video content to users every day (that’s over two billion logged-in users per month).

The information about the initial video uploaded to the website (which has over 41 million views) is that it is a 19-second video of co-founder Jawed Karim at the zoo. It didn’t accomplish what MTV did when ‘Video Killed The Radio Star,’ but it got the job done.

It’s easy to see why marketers are drawn to YouTube’s massive traffic, but that’s also the trap. Using YouTube to drive traffic can be enormously influential but also a minefield for marketers.

Over 500 hours of video are uploaded to YouTube every minute, so standing out can be difficult. If you can capture your target audience’s attention with compelling ad campaigns like those of Geiko or Blendtec, you can receive extensive exposure at a low cost. Although paid opportunities under the Google Ads system may also be costly, you can still compete on that front.

Read Next: You Can Now Make Corrections To Published YouTube Videos

Amazon was established in 1995, making it one of the first large corporations to sell products online. They began by offering books online but soon grew. Founder Jeff Bezos was given the Time Person of the Year award in 1999 for making online shopping accessible and popular.

Amazon is so profitable that almost half of all online shopping searches (49%) began there last year rather than at Google (22%). The acquisition of Whole Foods, which gives them access to fresh foods, ensures that this figure will rise in the future. Does anyone want a Bluetooth adapter with their organic avocado?

Some people believe that having a lot of great and valuable content on Google might help you rank and get the people looking for blue widgets wondering what they are and which one is right for them. With Google, the positives are apparent – scale. If you sell blue widgets and want people to find them when they search for them, then you should post them on Amazon. You will not be where they are when they want to buy unless you have an Amazon account.

The downside is that the competition is intense, pricing and other information are simple to compare with competing items, and running a campaign there can be costly. It is challenging to convey your unique value-adds in a product-centric system. Entering early may be challenging if you don’t have a unique item, as sales and reviews impact rankings. For the same reason, well-known firms with good merchandise and reputations can maintain their positions.

It’s very early to tell how Alexa will impact searches and sales, but this is an area to keep an eye on. Product promotions can also be CPCs. It may be costly, but you’re reaching the person who will buy the product at the end of the search process. The third article below discusses this scenario in more detail if Amazon wins (or at least performs well in the personal assistant market).

It’s not the first thing that comes to mind when thinking about search engines. From 2004 until 2006, Facebook (as we know it) was accessible only to students. After that, it was open to everyone. Although it handles more than 2 billion daily searches, it is surpassed by Microsoft Bing.

There are over 1.62 billion logged-in visitors to Facebook each month, giving companies and advertisers incredible market access and suggesting that people are likely to be working when they are not (obviously, this includes our current company). Therefore, they might be more inclined to follow their instinct and become sidetracked by an offer if it interests them.

It’s not the first thing that comes to mind when thinking about search engines. From 2004 until 2006, Facebook (as we know it) was accessible only to students. After that, it was open to everyone. Although it handles more than 2 billion daily searches, it is surpassed by Microsoft Bing.

There are over 1.62 billion logged-in visitors to Facebook each month, giving companies and advertisers incredible market access and suggesting that people are likely to be working when they are not (obviously, this includes our current company). Therefore, they might be more inclined to follow their instinct and become sidetracked by an offer if it interests them.

There’s no doubt how this narrative will end. The most significant benefit is the user base, which is typical of most platforms. The biggest drawback is the cost, which is how it is for almost all platforms. The price can be as many dollars for a single click, making it more affordable than Google Ads but still pricey. There is some controversy about whether the traffic is as targeted.

Although relevancy is lost, Facebook advertising is a great way to reach people who aren’t looking for you. A significant benefit is that Facebook advertising relies heavily on demographic information, such as job titles, locations, and interests, rather than on search queries, which are more relevant (Google, at least, refers to this as traffic via Google Ads search system). It’s an excellent method to produce a new ebook if you want to reach a group of SEO professionals who aren’t searching for an “SEO ebook.”

Despite a significant drop in organic reach in recent years, Facebook can still be a great source of unpaid traffic. To rank organically, you must maintain brand loyalty and consistently produce quality content; consistent engagement is critical.

Bing took over from MSN Search as Microsoft’s Google competitor in 2009. With only 8.4% of the search market share, they quickly crossed 10%, and in a deal that year, Yahoo searches rose to 28.1% of search traffic. In 2016, they merged with AOL to offer search results on their sites.

Bing has been making a lot of plays in the advertising space to catch up with Google, as market share across all Microsoft products and properties has approached 25.7%.

In October 2020, Bing rebranded to Microsoft Bing. Although Bing Ads has been increasing the number of features to play catch up with Google or bring their system in line with theirs, the goal is always to make it easy for users to import data and make it easy for managers to manage their accounts.

Bing is not as famous as Google, but it is ranked well in many markets, including the U.S. and the U.K. They are investing heavily in AI technology, although their algorithms are not as sophisticated as Google’s. Because of this, their algorithms are more straightforward to comprehend, forecast, and optimize for. It is unlikely that this situation will endure for a long time.

On the ad side, there are less complex systems to work with. Fewer SEO experts are competing for the top 10 spots and studying the algorithms that provide good ROI for those who do. Few people are also on the site, resulting in significantly lower CPCs. Since Google Ads campaigns can be set up from existing ones with less traffic, the lower volume can be compensated for with lower CPCs.

Despite being a warning from experience, I must admit that Bing’s understanding of close variants would be laughable if it didn’t bleed so much money. On the other hand, Bing frequently has a higher ROI, even though conversions are significantly lower.

It is important to note that simply copying your Google Ads campaigns into Microsoft Ads and being done with it is not advised. Each engine must be managed individually for CPC and demographic targeting (resulting in different conversion rates, etc.). However, copying campaigns can significantly accelerate setup.

Baidu was established in 2000 and had a 69.55% market share as China’s dominant search engine, with Google at 3.76%. Baidu handles 3.3 billion daily searches in China. They’re making large investments in AI, expanding their essential services similarly to Google, and are currently using a self-driving car computer (does this ring a bell?).

There are two sides to the Baidu coin. The upside is that it provides access to a massive market; the downside is that it only provides access to one market. Of course, it’s essential to remember that accessing the Chinese market isn’t as simple as accessing any other (such is the misfortune of international SEO). The pictures, words, and customs are different, and Google Translate won’t help you attract customers. Baidu has little influence outside of China.

Although organic algorithms are less complicated on Baidu than on Google, they may be more challenging to set up if you do not live in China. Having someone on your team who studied Mandarin in high school and can access the Chinese market via Baidu is not enough. It would be best if you had someone who could speak the language and understand Chinese marketing.

In 1990, Arkadia was formed to assist in the categorization of patents. “Yet Another iNDEXer” was the name Yandex was given in 1993. Yandex.ru was created in 1997. The company went public on the New York Stock Exchange in 2011, raising $1.3 billion, which was second only to Google (IPO, n.d.).

Yandex accounts for 42.35% of all searches in Russia.

This is an ideal place to work if you’re looking to compete on Yandex, as there is less traffic and less competition, both organically and paid. Because Yandex’s algorithms are simpler to analyze, they are easier to optimize than Google’s. Of course, the negative aspect is that Yandex’s algorithms are less sophisticated than Google’s and thus have a higher geolocation weighting.

Compared to Google, Facebook, and Microsoft Bing, Yandex is less expensive per click and offers more flexibility. For example, ranking #1 for ‘casino’ would cost over $55 in the U.S. and only $0.82 on Yandex. Even the Russian ‘казино’ is only $1.54.